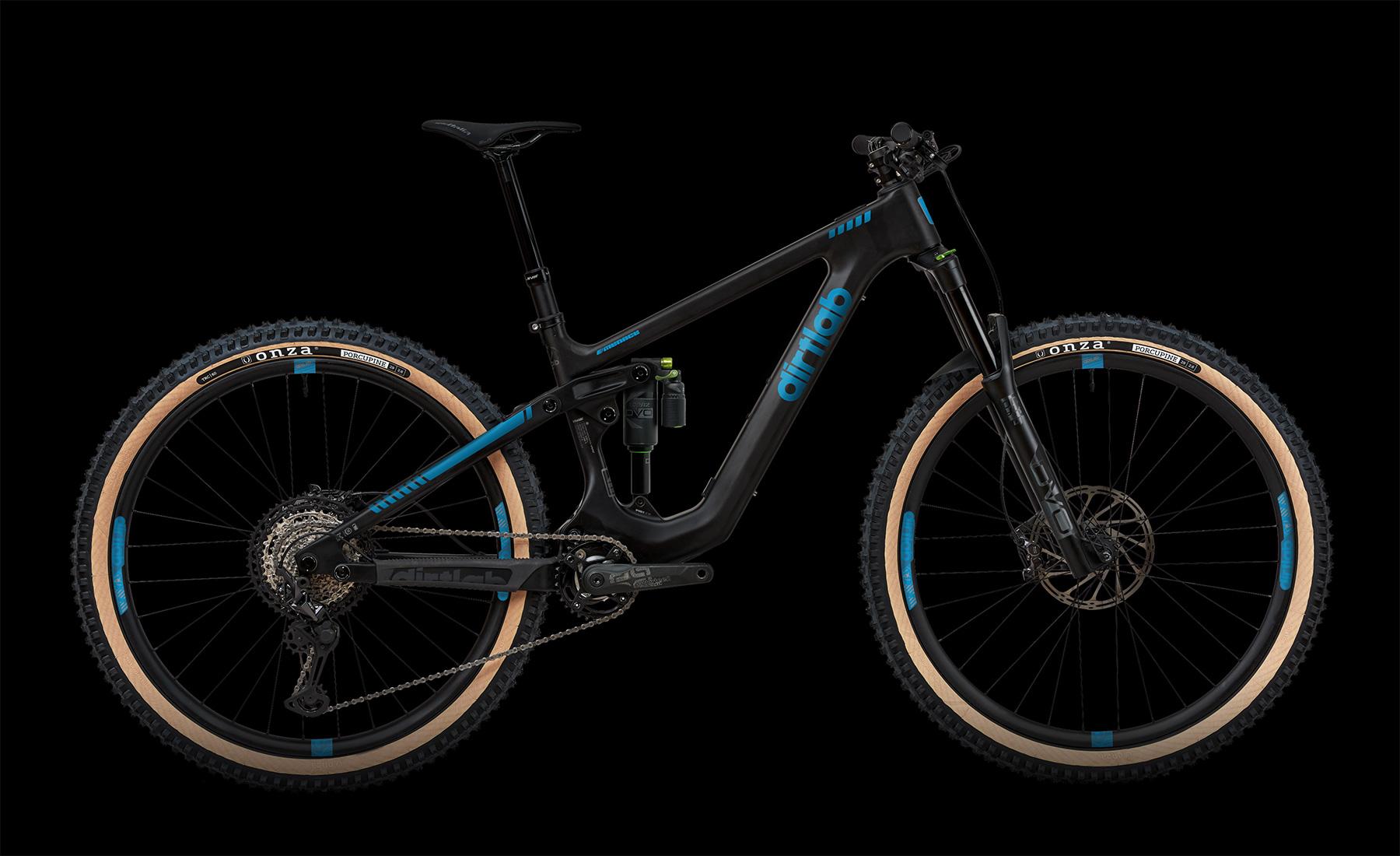 Today, a customary commercially available e-bike weighs around 23 kilograms – five to ten kilograms more than a bike powered by muscles only. Opinions are divided on the topic of additional weight for a battery and motor. But that need not be – as the latest developments in lightweight design show.

For those who value aesthetics, e-bikes still have a reputation of being clunky, unwieldy vehicles. maxon therefore set itself the goal of developing e-bikes that replicate the weight of customary bicycles as closely as possible – slimline, light, and robust. An ultra-light compact drive allows the entire device to have sleeker dimensions – through lightweight technology similar to that used by maxon in NASA’s Mars rovers.

In order to enable manufacturers to develop radically light e-bikes, maxon reduced all the components of the drive to their essentials. “Our complete BIKEDRIVE AIR system weighs just 3.5 kg,” said Thomas Steger, product manager at maxon. “It is also very silent and can be installed almost invisibly in the frame.” Having the battery fully integrated into the down tube allows the bike manufactures to dispense with a locking mechanism and an opening in the frame. This reduces the weight by around a kilogram. When it comes to the human machine interface (HMI), maxon made a conscious choice not to have a display. The control element shows only the assist level and the charging status – everything else can be configured via the Connect app on a smartphone. As a result, the minimalist HMI weighs less than 40 grams.

Because the quality of an e-bike depends on the entire package, the Swiss drive supplier cooperates with other leading manufacturers in lightweight design. For example, maxon worked with Cipollini and Transalpes to develop an electric racing bike and a full-suspension electric mountain bike that weigh only 10.7 kg and 16 kg respectively. Other manufacturers are also taking concepts for gravel bikes and light downhill bikes, minimalist city bikes, and ultra-light children’s bikes to the production stage. To keep bikes in this weight range, very light yet robust materials are needed. In the high-end market, carbon-fiber reinforced plastic (CFRP) is the gold standard.

For the rider, the weight ratio between the drive system and the entire bike plays a decisive role.

Carbon parts have obvious benefits. They are much lighter compared to aluminum and steel. Their stiffness and tensile strength can be adapted depending on the intended use. Carbon is easily processed if you have the necessary expertise, but a large amount of manual work is still involved. It provides great design freedom compared to metals, although diameters must be designed with greater volume to withstand the same forces. This is not a disadvantage, however, when designing fully integrated drive systems like the BIKEDRIVE AIR. The battery is housed in a down tube with a diameter of six centimeters, and the frame can be optimally adapted to the weight of the components.

For the rider, the weight ratio between the drive system and the entire bike plays a decisive role. A customary lithium-ion battery with a capacity of 500 Wh weighs about three kilograms. On a 23 kg e-bike, that would last 70 km on average when riding on level tarmac using moderate support. In mountainous terrain or on soft forest soil, that range is roughly halved. Sometimes, less is therefore more: A bike with lightweight design that weighs only half as much can achieve the same range with a more compact motor and battery, and is as agile in its handling as a customary bicycle. This puts a new perspective on the general race toward ever-higher specs in the e-bike sector: simply having the most power is by no means all that counts.

Interested? E-bikes sporting a maxon drive excel at their handling and weigh very little. We are looking forward to discussing e-bikes with you. Send us a message!

Get in touch now 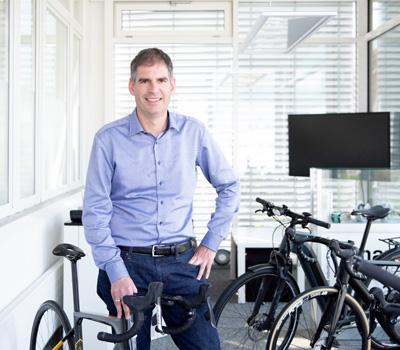 A modern light drive like the BIKEDRIVE AIR from maxon still allows cyclists to raise a sweat when going uphill – without sacrificing any of the enjoyment. 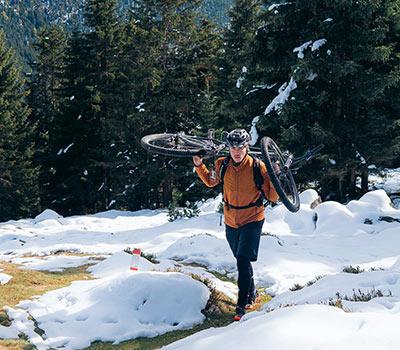 Lightweight, but not at all cost

No-compromise lightweight design or maximum performance? There is an optimal middle ground. 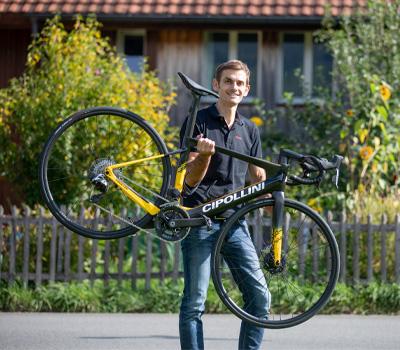 «Torque in itself is not a quality feature»

A lot of torque is not the one and only factor worth considering when producing or purchasing an e-bike. Product Manager Thomas Steger knows: It’s the entire package that has to fit.